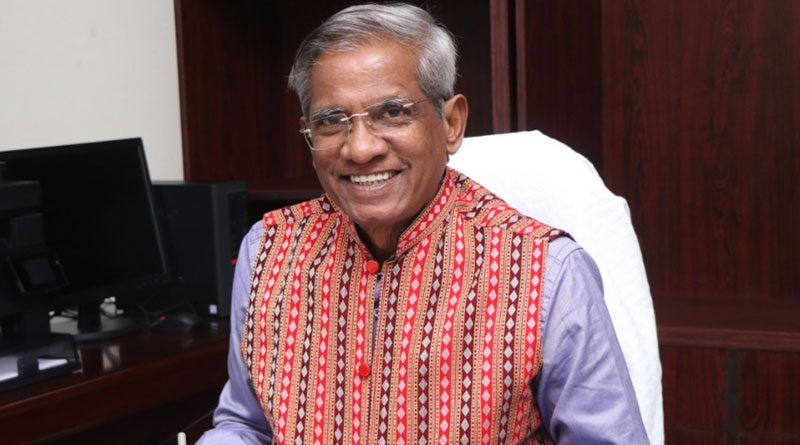 Prof. Tejasvi Venkappa Kattimani is a renowned personality in the field of literature and higher education. He has established himself as a well-known figure in literature, well versed in creative writing with a social commitment has produced many literary works of high quality in different forms of literature. His contributions are very high as a critic and translator. Literature for him is the most powerful medium to unite people and elaborate the real social scenario which makes people to think, struggle and be culturally aware. As a translator T.V. Kattimani has translated many literary and non-literary texts from Kannada to Hindi, Hindi to Kannada, Gujarati to Kannada and English to Hindi. While translating he also is inclined in the study of comparative literature with a view to show the Indian ness and composite culture spread by the writings of different Indian languages.

Born into a deprived tribal family in Koppal district of Karnataka, Prof. Kattimani has lived his young life with challenges. In most dire situations he never felt hopeless but fought with them with courage and learnt the ways of life which came into his path. These experiences taught him to think about the people of deprived class of the society and try to help them in overcoming their agonies. At an early age he worked for them, he fought for them and made some significant steps to help them.

Prof. Kattimani is a person of characters. He is a hard worker, always working sincerely for a purpose. His hard work, honesty and far sightedness made him a man of action which made him gradually a legendary educationist and a man of literature who is continuously working for the common people of India.

He started his career with an aim to prove himself as an educationist with an open mind. His labour and passion gave him immense recognition throughout India as an educationist, creative writer, translator and of course, thinker. He is a man with a golden heart who is currently serving as the First Vice-Chancellor of Central Tribal University of Andhra Pradesh (CTUAP) also he was former Vice Chancellor of Indira Gandhi National Tribal University, Amarkantak (MP), and has been awarded Karnataka Rajyotsava Award; the second highest civilian award in Karnataka for his remarkable contribution towards higher education.

Amongst Prof. Kattimani’s latest achievements, reflecting his overall body of work is being nominated as a member of the National Steering Committee formed by the Ministry of Education on 21.09.2021 for the purpose of National Curriculum Framework development.

Prof. Kattimani is a teacher with excellence who teaches his pupil, not to work, to satisfy others but to work to satisfy yourself. He doesn’t preach but sets an example by his thoughts, attitude and works. Prof. Kattimani is a true educationist. He is a member of the New Education Policy of India and has contributed immensely by his thoughtful and fruitful suggestions. As an educationist, Tribal India is the focal point for him and he is keen on educating the Tribal and deprived youth.

Open Counselling for Admission for 2021-22

Dear Applicant, Greetings from the Central Tribal University of Andhra Pradesh. This is the notification for the “Open Counselling” for